This post contains words that may offend you. You’re an adult, proceed as you will. 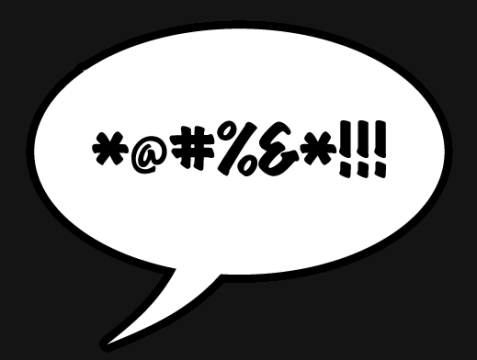 I’m a lover of words—lyrics in songs, words in books, spoken word. I play word games, wince when someone mispronounces a word or uses an incorrect one, and I correct people’s grammar when they speak. In a word, I’m a snob. That doesn’t mean, however, I only use “polite and proper words.”

Words are fun for me. It’s a challenge to use the perfect words economically in any written piece. I write not to be misunderstood, rather than to be understood. There is a difference—subtle as it may be. As a writer of erotica, this is further complicated as sexuality has always been a taboo topic–one that can repulse, fascinate, and arouse. There are thousands of sex-related phrases and words in the English language ranging from the polite and poetic to the explicit and offensive. I’ll muse on a few points.

Are “bad” words always going to be bad words?
No, not according to history.

In 1966, the pioneer “bad boy of words,” comedian Lenny Bruce was arrested for saying nine words: ass, balls, cocksucker, cunt, fuck, motherfucker, piss, shit, tits.  In the seventies, comedian George Carlin had a whole routine based on “Seven Words You Can Never Say on Television.”  They were the last seven words in the list used by Lenny Bruce. Now, you can turn on the TV and listen to the radio at almost any time of day and hear these words. Depending on its context, you’ll either laugh, be turned on, or be offended.

Words are organic. They grow with the times and take on new meaning. Today, words like cocksucker, fuck, shit are commonplace in literature of almost every genre. Have we become immoral beings who’ve allowed these “bad” words to infiltrate the language? I don’t think so. I think it’s a combination of things which could include a more tolerant society and the fact that overuse of some of these words have weakened their impact.

How do words take on their meanings?
We give power to them based on our own experiences.

I love the word cunt and use it in my writing. I consider it a beautiful descriptor for the female genitalia. Put it in a different context, and it becomes the most offensive of epithets. The same word elicits both sensuality and vulgarity? How does that happen? It’s clearly not the word, but the volition or intent behind the writer or speaker or listener that affords the word its power … which brings me to the other “c” word that’s a hot topic currently—censorship.

By now, you’ve probably heard about the controversy surrounding the online payment company Paypal. It’s forcing online publishers such as Smashwords to remove all content containing bestiality, rape, and incest under the threat of withdrawing their service. Erotica writers were targeted. I received a letter from Smashwords saying if I had such content, I’d have to remove my book from their site.  Though I don’t write on these topics, the issues are far reaching and do not just affect erotica authors, even if we are the ones singled out at the moment. Think about it, if they were self-publishing today, others who would’ve been censored by Paypal’s decision would include: Vladamir Nabokov, Brett Easton Ellis, the Marquis de Sade, and whoever wrote the Bible.

I’m an atheist. Would it be okay if I banned the bible?

Update: Less than 24 hours after I posted this, Paypal has announced they are reversing their position. Maybe they heard me ranting?

Can similar words be used interchangeably and mean the same thing?
Yes, but they won’t feel the same.

Take the male genitalia, as an example. I’m convinced there are more words for this body part than for any other word in the English language. As my writing has matured, I rarely use anything other than cock. It’s the one that feels most natural, rolls off the tongue easily (I also love double entendres), and is invisible within the context of a story. The last thing you want to do is draw your reader’s attention away from the narrative’s eroticism by using words like: crotch cobra, fuckpole, crack hunter, swizzle stick, etc. All are metaphorically viable, but erotic? I don’t think so. 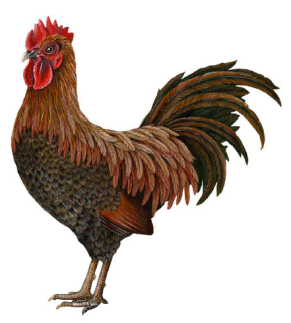 You KNOW this isn’t the cock I was referring to.

There are fewer words to describe the female genitalia, but my preference is pussy or cunt. As with cock, there are any number of ridiculous synonyms for it, but I prefer to use adjectives to describe a woman’s pussy such as soft, hairy, shaven, etc.

Recently, I was on a trip with my best friend celebrating our birthdays. We went to Niagara-on-the Lake, wine country, and stayed at a lovely inn. We took pictures of everything in sight. She even insisted I take a picture with my pussy—as she called it. Though I was reluctant, I figured no one would mind. Thankfully the room was empty at the time, so I kneeled down, took a hold of my pussy and she snapped the photo.

Me and my wild pussy.