Inside the Mind of Casey Ryan (@Cuttingroommrb)

Casey had his birthday earlier this week. I didn’t know that when I planned this month’s schedule. I had wanted Casey to close out a great month of interviews, which included filmmakers as well as writers. To learn that it was also his birthday is a bonus.

Happy birthday, Casey! I celebrated by eating a piece of strawberry cheesecake in your honor—with whipped cream of course. 😉 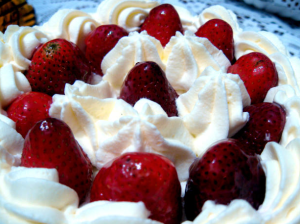 I’ve been on Casey’s radio show The Cutting Room Floor twice, and I’m proud to be a member of what he affectionately calls his “Repeat Offenders Club.” He’s been a huge supporter of my writing from early on, posting a book review for Spring into Summer recently. I also had the great fortune of meeting him at my book signing in Montreal last year, and he’s every bit as nice in person as he is virtually.

I know I speak for everyone when I say this:

For all you do to support the indie community, THANK YOU, Casey.

Please help me welcome Casey Ryan and return the favor by reading about him, leaving a comment, and spreading the word about this incredibly talented man.

What is your idea of perfect happiness?   Retiring at 50 with enough money saved up to live comfortably. I’d have a place on the beach in Nova Scotia where I could sit on my deck and stare out at the ocean – my wife at one side and my dog at the other.

What turns you on creatively?   “People watching” at the airport. Much as I hate waiting for flights, airports can be fascinating places. I can’t honestly think of anywhere else that provides a broader display of the spectrum of human emotions and behaviors all at once. The “arrivals and departures” bring with them all kinds of other opposing pairs – joy and sadness; work and leisure; stress and relaxation; famous and non-famous; legal and illegal. I always carry a pad and pen with me when I travel.

Which words or phrases do you most overuse?   “Pursuant” is a word that I catch myself using in most of my business e-mails. Like many Canadians, I’m also a subconsciously chronic apologizer so “sorry” gets dropped a lot.

[Eden] I can relate. I’ve tried to wipe “sorry” from my vocabulary.

What quality do you most admire in a man?   I’ve long thought that loyalty was an admirable quality in a man. If it isn’t the first rule in the unwritten “Bro Code”, then it ought to be.

What quality do you most admire in a woman?   I invest a lot of stock in women that have the ability to make me laugh out loud so, I’d have to say a really witty sense of humor. Being able to sharply identify and make light of the absurd is a great quality. Humor has an odd little way of keeping people grounded too. For that matter, it’s how I ended up on a second date with my wife.

What is your greatest regret?   Not standing up to people when I should have. I was a bullying victim as a kid so admittedly this was more of an issue when I was younger. Looking back, however, there are a handful of situations that I would have handled differently. If wisdom really does come with age, then I’m content with knowing what I am and am not willing to tolerate – even at the cost of having to learn it the hard way in some cases.

If you could change one thing about yourself, what would it be?   I’d like to trust my own instincts more. By and large, they haven’t failed me much. I’ve been told that I have a tendency to over-think certain things and would love to spend less time “deciding” and more time “doing”.

What is your greatest fear?   Not having any options. I’ve always thrived in situations where I knew that I had a viable contingency plan even if I didn’t need one. “Because you have to” is not an answer that I’ve ever been able to accept easily.

I’ve also got a crippling fear of heights. Don’t ask me to climb more than 3 steps on a ladder – not going to happen!

[Eden] I guess this wasn’t you I saw the other day, Casey?

Which living person do you most admire?   NDP leader Thomas Mulcair is probably the living person that I admire most. I’m somewhat surprised by my own response as I’m not a politically minded person by nature.

I’ve had the honor of meeting Mr. Mulcair in person several times. He went out of his way to introduce me to some of the key figures in Montreal’s Irish community which unwittingly changed the course of my professional career for the better. I’ll always respect him for that.

I admire him for both his leadership qualities and ardent dedication to his own values. He’s extremely smart and the kind of person that is not afraid to vociferously challenge the powers that be if he thinks that his position is worth defending.

He’s also got an appropriate appreciation of showmanship and engages well with people publicly. You don’t often see that in Canadian politics. I think the country needs more of his kind of energy.

What profession other than your own would you like to attempt?   If I had it to do over again, I’m convinced that I would have been an English professor. I tutored a great deal when I was in college and loved it. Being able to help someone complete a paper or derive a deeper understanding out of a written work can be quite fulfilling. I wouldn’t be the kind of professor that sucks all the enjoyment out of reading or writing either.

If you could choose what to come back as, what would it be?   My dog (Tatum) has a great little existence. If you’re a dog in a loving home, your entire life consists of eating, sleeping, and playing. As an added bonus, you have a sense of smell that borders on being a super-power.

What do you consider your greatest achievement?   I don’t honestly think that I’ve had a single “greatest achievement” yet per se. Many things in my life have been sources of pride but, I couldn’t single any one of them out. I also believe that I do have a larger work in me. I just can’t see what it is yet. I prefer to think of my life as a work in progress.

What is the trait you most deplore in others?   Nothing gets me angrier faster than dealing with someone who is deliberately condescending. Each of us deserves to be addressed with a basic level of dignity and equality. Talk to people – not down to people.

What is your greatest extravagance?   My movie library – 1150 feature films and counting. I’ve even managed to track down copies of every single one of the movies that has won the Oscar for best picture. It took me 15 years but, I did it.

[Eden] Wow, I’m so impressed by your dedication.

What is one thing you want to do before you die? Explore Australia and New Zealand. I’d love to be able to take off for a couple of months and see as much of those two countries as I could. I’d like to think that I could summon the confidence to go on a Walkabout – or at least a truncated version of one.

What is your favorite music (genre/artist/album/song)? 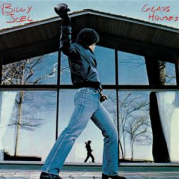 I’ve been a huge fan of Billy Joel’s for as long as I can remember. Glass Houses is my favorite album but, my favorite song by him is Miami 2017 (I’ve seen the lights go out on Broadway) which was the last track on Turnstiles.  That being said, my taste in music also depends heavily on my mood. I have favorite songs in lots of different genres (including rock, heavy metal, R&B, jazz, hip hop, country, and classical) but, generally have a preference for pieces that are more up-tempo. Much like food and film, I try to keep an open mind when it comes to music.

What are some of your favorite curse words?   “Goddammit” is the one that I’m most often quoted as using but, there are others. Being from Montreal originally, I have a tendency to swear in French when I’m really pissed off. When people hear me say “Tabarnac”, they run.

What is your motto? Never mess with an Irishman who thinks that he has something to prove.

Thank you Casey for your fabulous answers. I learned a lot of interesting facts about you, and I promise never to ask you to shingle my roof!

Readers, please connect to this man of infinite creativity who is a true friend to all indies.  Drop by and wish him “Happy Birthday” if you haven’t already! 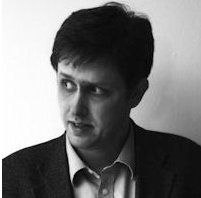 Casey Ryan is the creator and host of the Cutting Room Floor talk-radio podcast and blog. For the past 4 years, the Cutting Room Floor has sought to highlight the works of independent entertainers of all types. A self proclaimed pop-culture addict, Casey is always trying to read up on the latest entertainment news stories. His film education consists of a lifetime of watching and studying movies. He holds a BA in Industrial Relations and Economics as well as a diploma in Sciences. For the past 10 years he has enjoyed a prolific career in corporate sales – often using his skills to help his guests market their work on air.

21 responses to “Inside the Mind of Casey Ryan (@Cuttingroommrb)”